3 Observations of Business Culture and Practical Tips to Overcome Resistance “Culture eats strategy for breakfast” according to a quote attributed to management guru Peter Drucker. Your organisation’s strategy is easy to define and can be changed with the stroke of a pen, but your culture? That’s made up of thousands, sometimes millions, of decisions, attitudes, messages and relationships. But if culture is so important and so hard to define, how do you set about changing it?

In 2006, the BBC decided to move a host of major departments, including Children’s TV, Breakfast News, Dragons’ Den and Match of the Day, to a brand new base in Salford. The move cost hundreds of millions of pounds and saw nearly a thousand staff relocate from London. BBC North promised staff a better working culture. I was part of the team that had to deliver it, and here are my observations.

The BBC faced tight budgets, fierce competition and hostility from Northern audiences who saw it as “posh” and London-centric. So the goals for BBC North included:

Each goal was simple; they could be repeated across the organisation, month after month, and eventually sink into busy brains. Each goal could be measured. Better still, each goal was ambitious, stretching out into the future. Think of Google’s goal to “organise the world’s information”. That’s a task that’s never going to end, because scientific discovery throws up yet more information that needs organising. Similarly, the BBC is never going to stop needing creativity, efficiency and the approval of audiences, who ultimately bankroll the organisation.

Simple and ambitious goals, understood across the organisation, act as a signpost and a yardstick. I used them to settle arguments: “Is this [Project X] going to get us closer to audiences in the North? If not, why are we doing it?”

Don’t underestimate the disruption you’ll cause.

Almost three thousand BBC staff now work at MediaCityUK in Salford. They had to relocate and hit the ground running in a fast-evolving industry. Under that kind of pressure, it’s easy to pay lip-service to culture change but just get on with the day job. There has to be someone for whom culture change is the day job. Otherwise you are simply loading more stress onto existing teams, who will come to resent even those changes designed to benefit them.

Everything you do to change culture causes some disruption. You might want to offer short placements across the organisation, for example, or run monthly brainstorms open to all staff. If it’s not part of somebody’s day job, it becomes the last thing on everybody’s “to do” list.

Culture change needs people whose day jobs are hard to define. My role was part sheepdog, part diplomat, part cheerleader and part matchmaker. (I often longed for my previous career when I could just say “I’m a journalist” and everyone would get it.) These are the people who turn your simple, ambitious goals into actual change - so back them up and give them time.

Appeal to values, not authority.

I overheard a conversation one lunchtime where a colleague complained that his line manager wouldn’t release him for a short placement to another department. “Huh, that’s not very North, is it?” came the response. It’s interesting: nobody said “Peter wouldn’t like that” (Peter Salmon was Director of BBC North at the time). Instead of appealing to the authority of the boss, the disappointed colleague appealed to the values of the new culture. BBC North was meant to be the most creative place in the BBC, so denying staff creative opportunities was “not very North”.

When your change becomes cultural, not personal, you know you’re winning. After all, bosses come and go, but culture outlasts everyone.

Finally, remember culture is mostly unwritten. If you talk the values, be sure to walk them too.

Steve Rawling is an author, innovation trainer and former BBC journalist. He helps clients in media, education, industry and charity sectors to find, develop and sell their best ideas. His book on innovation - Be Creative Now - has just been published by Pearson Business. 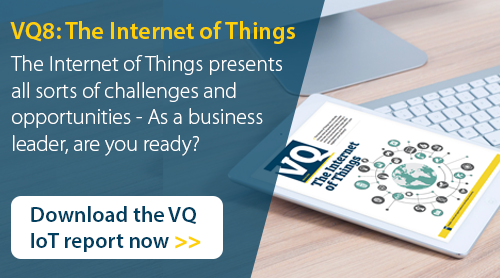