What do successful businesses have in common? The answer is: effective leadership. Without highly effective leaders at every level, the organisations we all recognise as the most innovative, pioneering and financially profitable would not be where they are today. So, how do leaders become more effective?

Like most things in life, becoming a highly effective leader takes time and effort. Business leader, leadership coach, Vistage Speaker (and 4 times winner of the Speak-Out Performer of the Year award), Brad Waldron, believes it’s all about cultivating the right habits.

Drawing inspiration from Franklin Covey’s ‘7 Habits of Highly Effective People’, Waldron’s recent Vistage webinar refines and reframes this concept for leadership. Brad believes if you can master these seven habits, you’ll create a better work culture and happier employees, and increase your productivity. ‘Each habit is a beautiful instrument that, when played well, makes wonderful music’ he explains, ‘but when all seven are played together, they make an orchestra’. And here they are: Brad Waldron’s 7 habits of highly effective leaders...

‘There’s one habit that acts as the conductor, and that’s being proactive’. As Brad explains, this habit is the cornerstone habit of highly effective leadership. It’s the acknowledgment that you are in charge, and while you may not always be able to control the wider context, you always have a choice.

‘You have a choice over your feelings, your actions, your responses, and how you interpret what goes on in life’, he says, putting it most succinctly with this analogy: ‘I can’t control the weather, but I can control what I wear’.

‘Habit two says make your choice. Begin with the end in mind’. In order to create something, you need vision; it needs to firstly exist in your mind before you can practically create it. If you want to go somewhere, you need to know how to get there, but what’s the point in looking at a map if you don’t know your final destination?

This habit is all about making choices about what you want to achieve. When you have a clear picture of what the end goal is, you can make decisions that will help you get there.

Living your choice is effectively the birth child of habits one and two: you’ve acknowledged that you’re in charge, you’ve mentally created ‘the end’, and you begin to make it a reality day by day with the choices and actions you take.

‘Putting these first three habits together is what we call a private victory’, Brad says, ‘it’s just for you, so it’s a little bit selfish - but it’s a good kind of selfish. It’s like the principle of first aid: I can’t help you unless I am safe.’

4. Help others: the mindset of abundance

‘Now that I am contributing, and I have a strong sense of my independence, I am choosing to help others be great as well’. This habit is all about cultivating the mindset of abundance, as Brad illuminates: ‘This is a mental habit which is called ‘think win:win’. It’s about saying: how do I use my courage and consideration to help people achieve their goals and help them contribute to the bigger picture?’

Brad goes on to explain what it takes to cultivate this habit: ‘It’s a mindful habit. We need to first think like this in order to behave in this way. Instead of saying: “this is what I want”, we start to ask: “what do you need?” first’.

‘I live in a castle, and you live in a castle. In order for us to develop a great relationship, we have to lower our drawbridges in order to let each into our worlds.’ Brad believes that real, empathic communication is one of the most important aspects of effective leadership. He explains that there are five levels of listening: ‘The fifth level is empathic listening - when we really hear what the other person is saying, and don’t decide what we think they mean before they’ve finished speaking’.

"In this way, we seek first to understand, then to be understood."

While most of us prioritise being heard or understood, Waldron espouses seeking to understand others first. This habit can be cultivated by asking and acknowledging what another person is thinking or feeling before examining your own feelings or thoughts in a particular situation. In this way, we seek first to understand, then to be understood.

‘Synergy is when we apply habits 1-5 in a group setting’, Brad explains. ‘Synergy means: collectively we can achieve more when working towards the same goal than if we were independently facing the same goal. That’s why famous sports teams are consistently famous - their synergy levels are beyond other teams’ synergy levels.’ 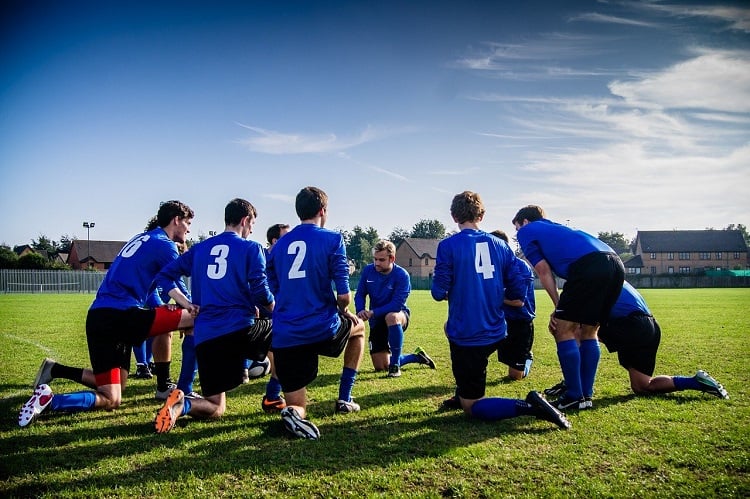 However, synergy requires diversity and differences within a team - if everyone has the same strengths and weaknesses, adopting this habit is very difficult.

Brad goes on to explain that diversity is the key to synergy. ‘You have to value the differences. Whether it be gender, race, education, skills, experiences - diversity is the gift which builds creative synergy. There are things which can get in the way of achieving synergy: your own personal biases and judgements, your ego, or your need for control’.

Sharpening the saw is about self care. As Brad says: ‘Your life is a saw, you have to keep it sharp if you want to keep cutting’. If you have adopted habit one, and believe that you have the control and the power to make choices, you need to make sure your personal health and wellbeing allow you to keep doing what you’re doing. Brad believes there are four key areas to focus on.

‘The first is your physical self: how you manage stress, nutrition and exercise. The second is looking after yourself socially and emotionally: your friends, time, service - all these things affect behaviours and longevity’, says Brad. ‘The third’, explains Brad, ‘is your brain, your vitality, your mentality’. The fourth and final endowment is to look after yourself spiritually. As Brad says, ‘it’s whatever that means to you - it could be believing in a higher purpose or studying scriptures, or just going for dog walks at sunset’.

Becoming a highly effective leader isn’t about possessing specific qualities or talents. Great leaders can be introverts or extroverts, they can be autocratic or democratic, they can be supportive or laissez-faire. Effective leaders do, however, adopt the types of mindset which allow them to visualise and focus on their goals, and get the best from others. This isn’t innate, it’s something which is developed over time by cultivating habits which lead to desired behaviours. As Brad Waldron says: ‘These are not seven traits, behaviours or qualities, they are habits. A habit is free, a habit is something which you do instinctively and intuitively without thinking. The more you can create habits, the more automated it is, the more likely you are to do it. That is a gift that will always give you a return.’ 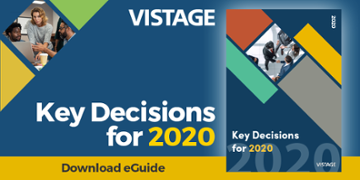 Images via Adobe Stock and Pixabay