I remember, not that long ago, if you were flying just about anywhere in the world, after landing there would be an outbreak of Nokia ringtones going off around the plane as everyone turned their phones back on. And now? Never.

As a young engineer I remember being proud to be the new owner of an Aristo sliderule. It was the very best you could get – the Rolls Royce. Where are Aristo now? Gone.

The Imperial Typewriter Company were famous for making the very best manual typewriters but died after the arrival of electronic typewriters. Kodak was a top five global brand In 1996 with $16 billion in revenues and 145,000 employees. And now? They are no more.

Finally, back to Nokia. At its peak in 2000 they were the undisputed leader in mobile phones, valued at $400 billion and employed over 60,000 people in 120 countries. Then Apple launched the smartphone and Nokia didn’t react nearly fast enough to the fundamental threat they posed, and now? What was left was finally sold to Microsoft for $7.2 billion and Microsoft subsequently took a further $7.6 billion right down on its value before it finally scrapped the brand completely.

It’s us - the business leaders – nobody else. It’s the Presidents, the CEOS, the Board of Directors that failed to mastermind a strategy to deal with the disrupters that threatened their business.

It’s illuminating to look at Kodak. In the 90’s it was clear that digital technology represented a fundamental threat to Kodak, but there was another company that faced exactly the same challenges for survival as Kodak following the arrival of this disruptive digital technology – Japan based, Fujifilm.

How the management of each business dealt with that threat, however, affected the lives of many tens of thousands of people around the world and the fortunes of both businesses. Interestingly the very first digital camera ever put on sale was by Kodak, but Kodak management simply never dealt with the strategic threat that digital represented to their core business and in January 2012 they filed for bankruptcy.

The Fuji management, however, recognized the technological threat, recognized that it was their job to protect the lives of their employees and to ensure the continued success of their business. They looked at their core competencies, they looked at their options for the future and masterminded a new strategy for the corporation and they are now a top global brand themselves with $21 billion of revenues and a market leader in at least two industry sectors.

It has to be our job as business leaders to deal effectively with the disruptive threats we face.

There are lessons for us all here. In my latest book 'WIN! How to succeed in the new game of business' I talk about the world that we’re now living in where new disruptive technologies are arriving at eye-watering speeds, and all the research suggests this is going to accelerate still more. A core competence of any winning business in the future has to be the ability to assimilate, adapt and adopt new technologies incredibly quickly. But it’s not just technology, there are disruptive innovations and disruptive new approaches to markets appearing just as fast.

Our leadership has to be truly adaptive – constantly anticipating change and disruption and we must spend more time in the helicopter looking over the horizon to do that. We need to seek to be disrupters ourselves and that means the business needs to develop a culture of a toleration of failure – because not all these new initiatives will work.

This is counterintuitive to many of us, indeed there are many examples of people trying to resist this tide of change. German taxi drivers are reacting angrily to the growth of the Uber online taxi service. French hoteliers believe that Airbnb is unfair competition. It’s no different to the Luddites in the 19th Century destroying the new textile machines that they saw as threatening their jobs.

In some countries regulators are even looking at curbing the disrupters. But disrupters are appearing everywhere. Aldi & Lidl are disrupting the grocery market worldwide - cutting a swathe across Europe and target to have 2,000 stores in the USA by 2018.

The Uber taxi service is now in 230 cities in 51 countries and is expected to hit $10billion by the end of the year - without owning a single car!

I was reading the other day about Emilie-Kate Kidd who’s setting out to disrupt as many school classrooms as she can across the UK with her Earwig academic reporting system. It lets schools do away with the books in which they laboriously record lessons and achievements. In their place will be a smartphone app that allows teachers to take photographs and videos of children in lessons which can be automatically uploaded to a secure site and immediately deleted from the teacher’s phone as required by child protection regulations.

Do you think that she will receive resistance from regulators, unions, and the establishment? You bet!

Are you even a little bit Nokia? A little complacent, perhaps, a little resistant to too much change - rather than embracing it and, indeed, constantly seeking to become a disrupter yourselves?

If you are you need to act now because, for many companies, to win in the future you probably need to embark upon the biggest culture change in your history – NOW!

This article originally appeared on rogerharrop.com. 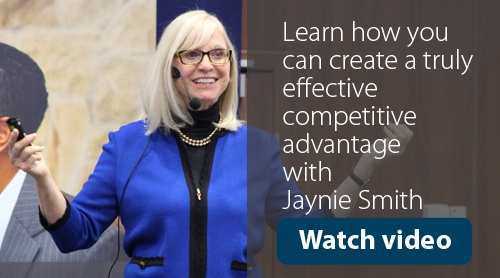